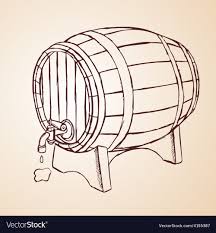 It was bound to happen sooner or later. Around noon today we had our first reported cases of Corona virus here in New Mexico.  A few hours later, empty shelves at the box stores signaled some mixture of prudent preparation and self centered hoarding. The pandemic just got more personal.  My file of information and suggestions through news outlets, email chains, government agencies, health care professionals and of course Facebook friends is growing as rapidly as the outbreak.

With the thought that sometimes it is a story that can deliver complex  information most effectively,  I remembered a story that I’ve seen attributed to both an African village, and a French wine district.  Given the worldwide impact of Covid19, I’ve taken the liberty of retelling it here, and placing it in “Everyone’s Hometown.”

A great feast was to be held in a month’s time. Invitations went out to dignitaries from far and wide. Everyone rich or poor would be welcome. In preparation for this momentous event, a huge empty wine cask was brought to the center of the village plaza. The mayor decreed that every household in the village should pour one bottle of wine into the communal cask each week in the month leading up to the feast. On the big day, drink would flow freely to all who thirsted.

There was a man though, who considered this to be an unreasonable burden. He’d not had a particularly prosperous year. Certainly his neighbors had fared better. It occurred to him that he could fill an empty wine bottle with water, and since the bottle was opaque, no one would know the difference, when he contributed his weekly offering.  The cask was enormous. Dilution with his few liters of water would be undetectable.

The big day came. A feeling of great anticipation and celebration was in the air.

Then came the moment to drink a toast and invoke blessings for the feast. A most honored guest stood ready to receive the first glass. With a grand gesture of welcome, the mayor pressed the spigot, and…lo and behold, the glass was filled…with water!   Each villager had assessed his own situation and like that ‘one man’ thought to withhold his share.

No. Turning Wine Into Water was not a mistaken turn of the Biblical parable. We are in this pandemic together. Our individual actions, no matter how small will make a difference.  A difference for better or worse.

Finally, these ancient words from Hillel the Elder seem as timeless as ever.

Understanding the world by tasting it